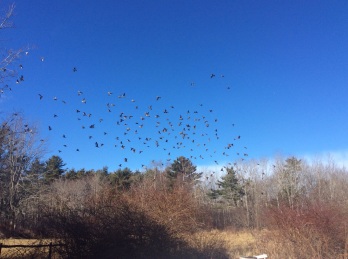 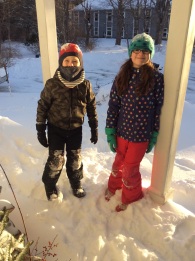 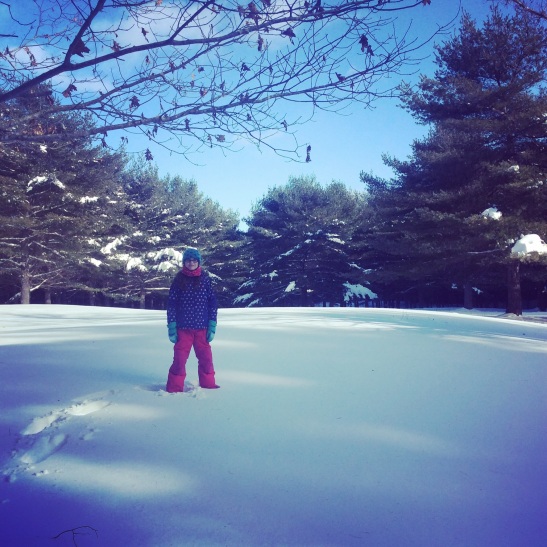 Winter has been way too greenish brownish so far. January was more or less snow free which felt weird and wrong — we had a fairly big dump at the beginning of the month (Jan 8/9, see the photos above) and then nothing. Just mild drizzly weather for weeks. The photo of the flock of Bohemian waxwings was taken January 13 by which time the snow had gone. We postponed the Winter Wonderland scheduled for January 29 because there wasn’t a spot of snow on the ground and the pond in Jubilee Park wasn’t frozen. According to the CBC it was the 3rd warmest January on record and we are looking at a mild winter ahead (not the horrendous winter everyone was predicting last summer).

Last weekend several friends hiked the Gaff Point Trail in the spring-like sunshine and dry conditions. I heard a robin in the garden and kept expecting to see the crocuses poking through. (Photo of Gaff Point below by Callen Singer.) 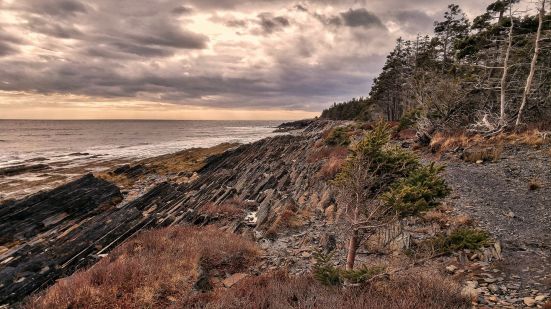 In other news, we have a gypsy moth infestation in the log pile. A first for us. Every other log contains a furry (dead) caterpillar exiting an empty cocoon and a pile of eggs overwintering on the wood. All the logs have the same layout. We didn’t notice any extra moths around in the summer or fall and since we are burning the logs (with the eggs attached) I don’t suppose we’ll see any more than usual this year. Which is a good thing — seems they are an invasive species.