Here are a few of my favourite “finds” this spring in Nova Scotia.

Here’s a painted turtle laying her eggs on the side of the Dynamite Trail — photographed by a friend, Callen, who spotted her while we were out for an evening bike ride at the end of May near Oakland Commons Pond. They like to lay their eggs in hard-packed sand and unfortunately this often means trails, road verges and other less-than-ideal locations. 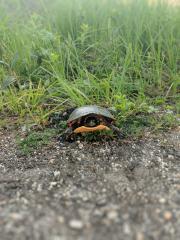 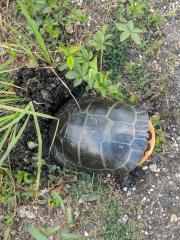 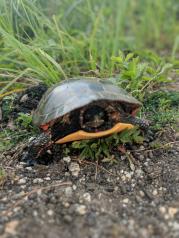 On an evening walk along Bachman’s Beach on a hot and sunny June 1 we spotted this baby maritime garter snake curled up under a piece of wood. (We haven’t had any snakes at home this year — back in 2013 we were spotting them almost every day around the house and in the wood pile but not for the last couple of years. I wonder if the neighbour’s rat poison has affected them.) 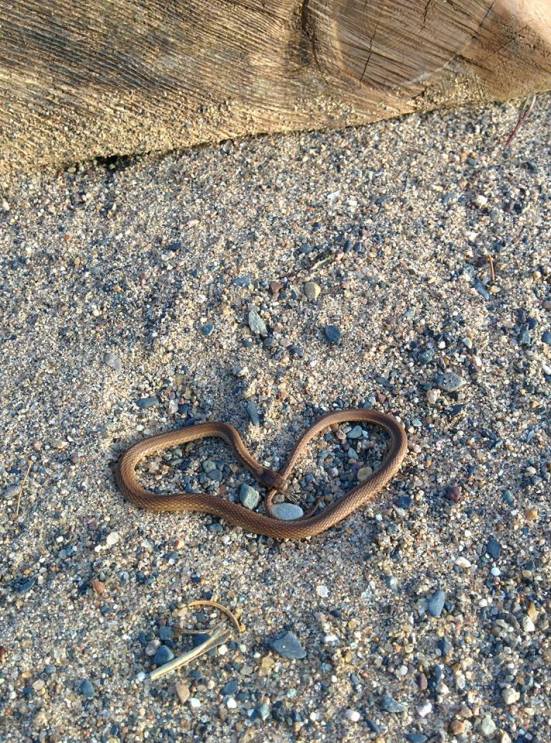 Milo and I heard lots of squeaking and peeping from a tall, thin tree in the woods on the way home from a school play around 8.30pm on June 7. We stopped to figure out what it was but couldn’t see anything. That was until a downy woodpecker flew over to the tree and disappeared into a nest with a beak-full of food for the noisy chicks! (Not my photo — found it here.) 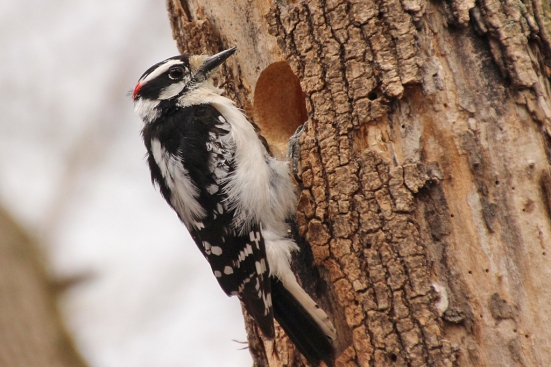 Also on June 7 I saw reports of hundreds of squid washed up in Mahone Bay. Evie and I went down to the government wharf after school to take a closer look. These photos were taken the same day by local resident Lloyd Westhaver and are much better than the ones I took: 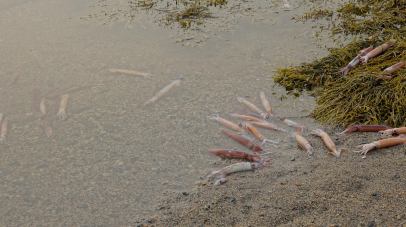 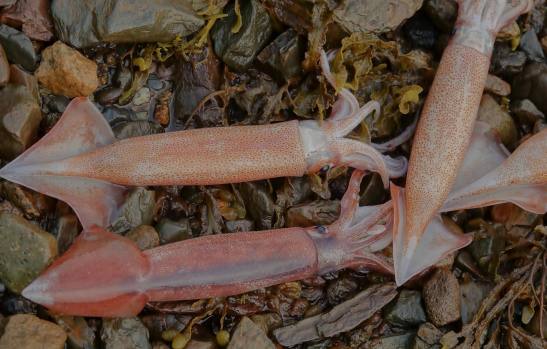 No one in Mahone Bay remembers seeing this phenomenon before but there have been reports of squid washing up recently all along the South Shore. A google search reveals numerous mass squid deaths around the world (check out the scale of this event in Chile in 2016). It appears that squid die after mating and laying their eggs but I couldn’t find a good explanation of this phenomenon anywhere nor figure out why, in that case, it isn’t an annual occurrence here. Does anyone know more?

UPDATE June 10 — The story made the news and CBC reported on it today. Apparently, this type of squid species is semelparous, meaning they have a single reproductive cycle before death, so the fact that this many died at once is part of their normal life cycle, although they aren’t ruling out other natural environmental factors.