Summer finally arrived in July and since then the weather has been delightful. Warm and sunny and not too humid (except for a week at the end of July/early August when the humidex values were in the low 40s!). All the rain fell in the spring and since then it’s been dry — wells are empty throughout the county, the firefighters have been fighting small bush fires for weeks (including one along the trail in Mahone Bay), and the lawn is a crispy brown.

We had two days back at school in September and then hunkered down to await the arrival of Hurricane Dorian. Matt rescheduled his flight to London from Sunday at 4pm to Saturday at 10.30am to avoid disruptions (flights were all cancelled from midday Saturday so he got out just in time). The hurricane made landfall at Peggy’s Cove on Saturday afternoon as a Category 2 hurricane and then tracked close to the airport.

Dorian wrought devastation in the Bahamas but the major damage predicted in Nova Scotia didn’t happen. A crane fell onto a high-rise in downtown Halifax, but most homes were unscathed. However trees fell on power lines and caused major power outages that in many places lasted a week! Our power flickered but we didn’t lose it despite some large trees coming down around town. Schools were closed for two days across Nova Scotia to allow fallen limbs to be cleared and power to be reset, but the weather was glorious so we had two days of fun time. 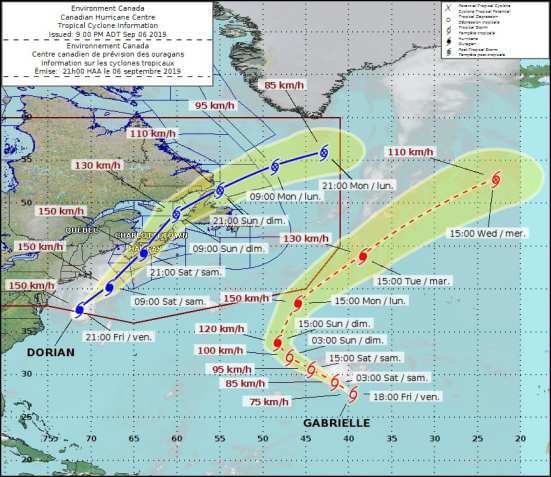 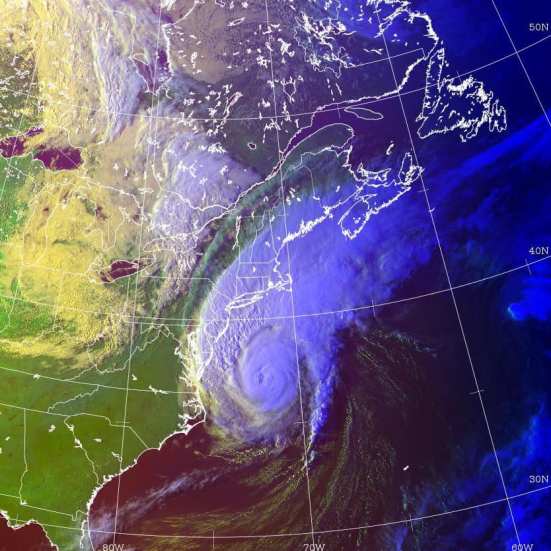 We went out for a drive around 11 am on Saturday in the wind and rain and again on Sunday once the storm had passed. The kids were excited to climb on the big tree down next door — a few short feet from Rod and Colleen’s brand new barn! The queue of cars at Tim Hortons are coffee worshippers without power at home. 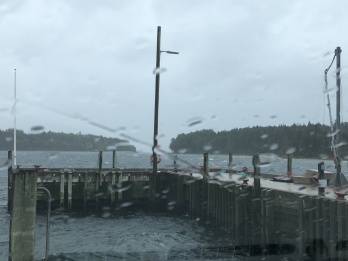 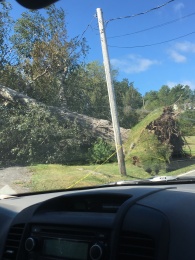 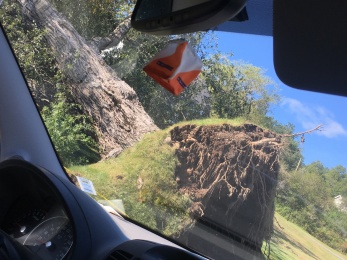 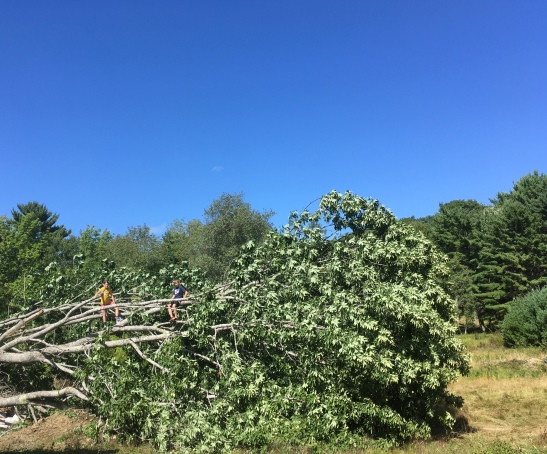