It’s only February 23 but temperatures are close to 10° C today and the sun is shining. The robins were out in full force yesterday — around 15 of them — grazing on the lawn. And today we watched a pair of nuthatches on the suet bird feeder outside the kitchen window. It feels like spring is here.

It’s been a milder than average winter, perhaps windier than usual but below average snow and very few super cold days. (Nothing like the prediction from Farmer’s Almanac that I mentioned in the last blog post.) We had a few snow days off school in mid-January although we weren’t snowed in here in Mahone Bay for more than a few hours and didn’t lose power like others. The same snowstorm hit Newfoundland in a big way the following day — they had more than 75cm and had to declare a state of emergency to deal with the clear-up! Here are a few photos from Newfoundland from social media. People were skiing down the streets in St John’s. 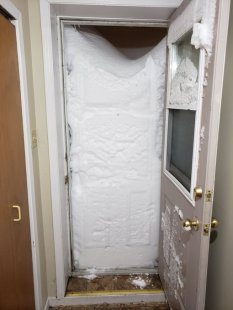 We’ve only had two evening snowshoes with Sweetride Cycling this year — around the time of this January snowstorm:

We went to Hirtles Beach last weekend (February 16) on another mild, sunny day and spotted this young seal sunning itself on the sand. It was completely uninterested in us. We made sure not to get between it and the sea, and sat and watched it for a while. 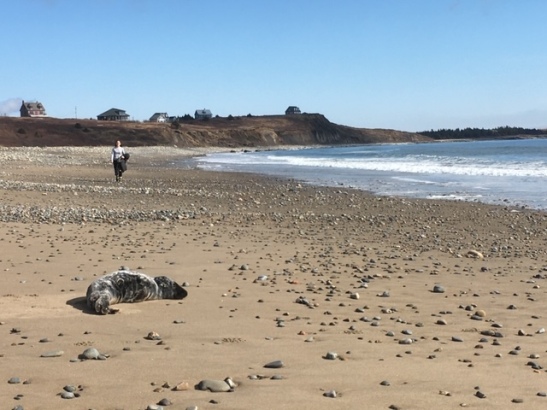 I’ll post again in early April once winter is officially over!